The road to the swimming top in numbers

The road to the swimming top in numbers 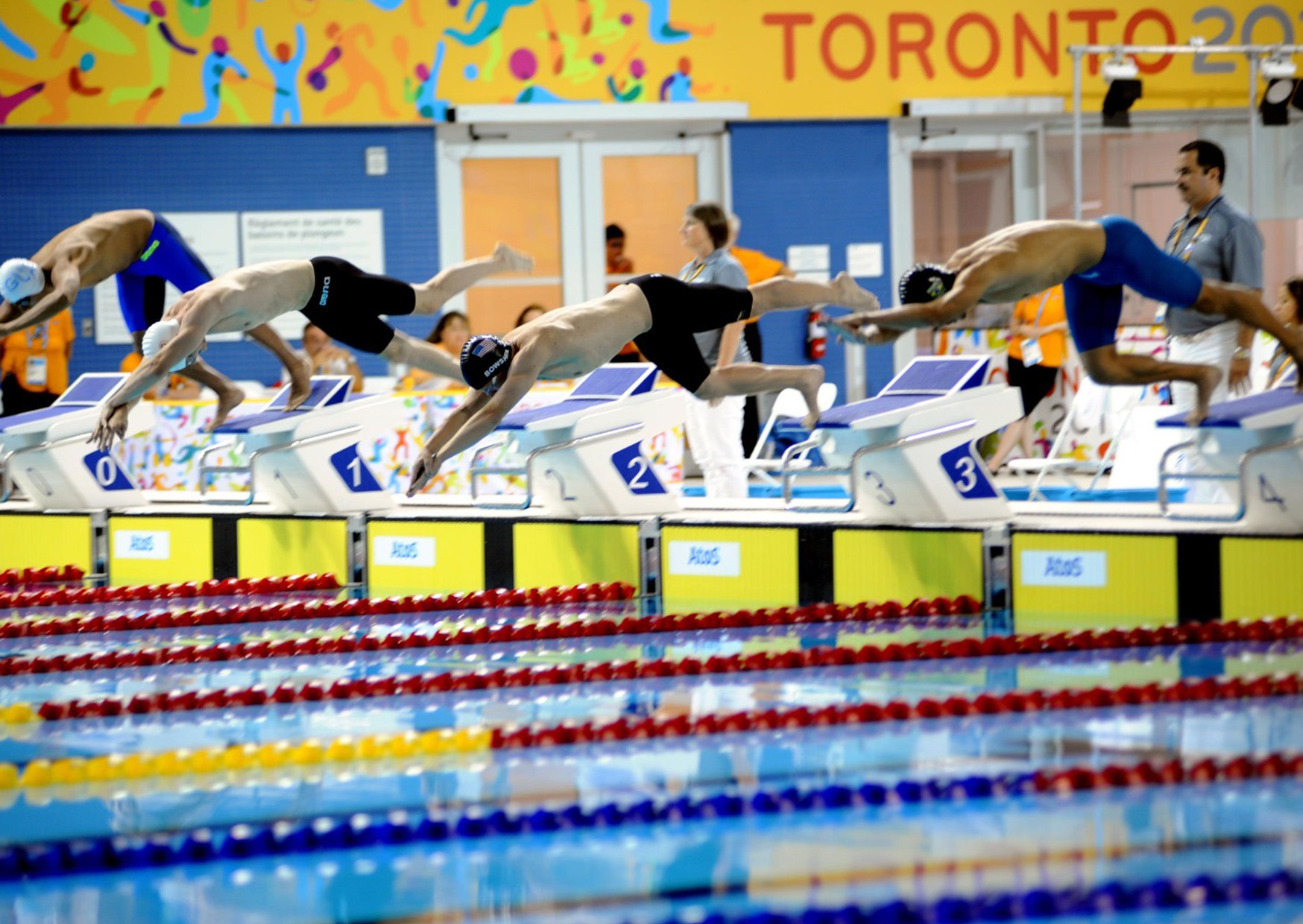 If you swim hard at a young age, chances are that you will also swim hard later in life. At least that is the common assumption. Speed at a young age is often consciously or unconsciously seen as a predictor of success, says Aylin Post, who studied the performance development of top swimmers. Her research indeed shows that on average toppers swam faster at a younger age than swimmers who did not make it to the top. “But”, Aylin emphasizes, “The road to the top is very diverse. There are also toppers who did not swim that fast when they were younger. But they did get there. You also see that women reach the top level at a younger age than men.”

“We can learn a lot from the performance development of elite swimmers”, Post explains. “It provides insight into the road they travelled to reach the top. From which age onwards do elite swimmers perform better than other swimmers, and how they develop over time?” Post analyzed in her research the time swum by swimmers on the 100 meter freestyle – the key distance for men since 1904 as part of the Olympic Games and for women since 1912. the key distance, bij het zwemmen en voor de mannen sinds 1904 als onderdeel van de Olympische Spelen en voor vrouwen sinds 1912.

“If you only look at the top 8 in the world, you only have a small group about which you can say something.” To make her research population large enough, she used the data from the Swimrankings database of the past twenty years. That included more than 2,6 miljoen observations. She analyzed this dataset together with Koning.

Because a swimming time of twenty years ago is different from a swimming time of today, all absolute times were made relative. Post: “The sport keeps getting better and faster over time. You can see that in the breaking of worlds records.” The world record for women improved from 54,48 to 51,71 seconds, and for men from 48,42 to 47,04 seconds. “To be able to compare better, you can correct times fort he evolution of the sport. That makes it fairer.”  In this research, Post used the method that sports scientist Inge Stoter and her colleagues developed for speed skating. Each swim time is divided by the current world record for the corresponding season.

Some data were excluded from Post’s study. For example, data from the period in which swimmers were allowed to swim in a ‘fast swimsuit’. This concerned the period from January 1, 2008 to January 1, 2010.

Because the research focused on the development of top swimmers at a you age, Post and Koning applied the following inclusion criteria to the swimmers: men between 12 and 26 years of age and women between 12 and 24 years of age, and; both women and men had participated in swimming competitions for (minimally) five seasons; and a seasonal best time had to be available for both juniors and seniors.

From highly competitive to elite swimming

Next, Post divided the swimmers into four carefully conceived groups: top elite,, zwemmers die het niveau hadden om tot de wereld top acht te behoren, elite, swimmers who the performance level corresponding to number 9 through 50 of the world, sub-elite,swimmers who ranked among the top eigth nationally high competitive swimmers who ranked between number 9 through 50 at a national level. The criterion here was that if a given swimmer had swum at any point in his or her career the time corresponding to a particular category, he or she fell into the highest achieved category.

“Also, some top-elite swimmers were already at a very high level at the age of 14, while other top-elite swimmers only started to swim faster at a later age. But in the end they all made it to the top. The higher the level, the more variation was found in the individual routes to the top.”

There are differences between men and women. For example, for men the difference between the top elite and the other performance groups is not as clearly present at a younger age as for women. “Compared to women, men reach the top level at a later stage.”

The research is not predictive in nature, emphasizes Post. “It provides a global pattern towards the absolute top”. However, the results may be used as a benchmark, she says: “If you are for instance already 21 years of age when you reach the sub-elite level for the first time, then chances are slim that you will still reach the absolute top. At least that has not happened in the past 20 years.”

The research also shows that time does not say everything. “In general, you see that swimmers who made it at a young age were indeed faster than their peers. But within that group of fast swimmers there were also those who ultimately did not reach the top.”

“The big differences between men and women imply that we have to adjust our expectations as to when you should be at a certain level as a woman and as a man . Women have to be good at an earlier age to be able to compete than men. This may have to do with the growth spurt, which takes place earlier in women than in men. Those are interesting possibilities to look at in a follow-up study.”

As the next step in her PhD research, Post investigates why top swimmers are getting faster from year to year. For this she looks at the development within a season: “Did those who have reached the top develop differently who have not made it to the top?” Also in this study Post focuses on time: “What do you see happening in terms of swim times within a season?”

Following the study of seasonal trends in performance, Post will also start analyzing the data that she collected herself, among which data on length, hand with, jumping power, technical skills in the water, mental skills and training intensity. Read more about this study in this article. artikel.